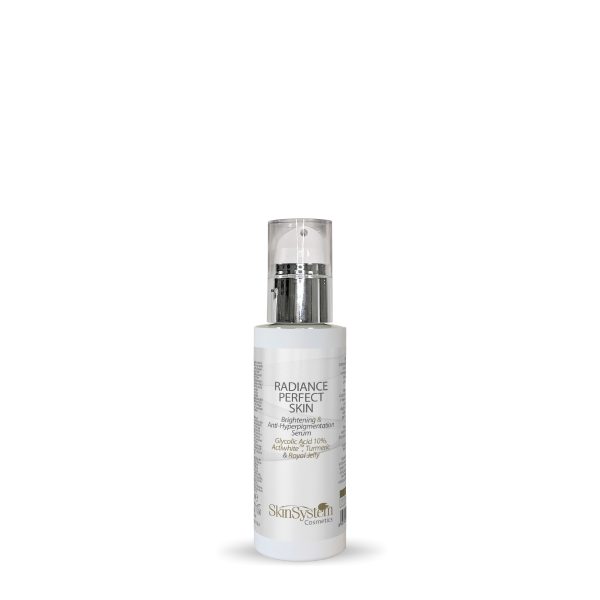 Glycolic acid makes the skin more luminous, refines the grain and fights many imperfections such as acne wrinkles and spots. It renews the skin and makes it radiant and more compact. Ideal for all skin types. Among alpha hydroxide acids, it has the greatest regenerating action on the epidermis, giving the skin a brighter and smoother appearance as well as a more homogeneous complexion and a thinner grain. Moisturizing, smoothing and exfoliating, it smoothes scars such as those due to acne and fights hyperpigmentation due to sun spots or genetic predisposition. It attenuates wrinkles and signs of aging. Made up of tiny molecules, the smallest of all the exfoliating acids, it manages to perfectly penetrate the skin by breaking the bonds between the cells of corneum stratum, thus eliminating dead and damaged cells responsible for the tired and dull appearance of the skin. It stimulates the action of fibroblasts and basal cells in the fulfilment of their natural activity.

Patented active of the latest generation, it has a visible lightening and illuminating effect thanks to its ability to decrease melanogenesis, the process responsible for the creation of melanin through an activity of tyrosinase in melanocytes and an inhibition of the maturation of melanosomes. It improves the skin complexion by minimizing the appearance of dark spots and reducing hyperpigmented areas.

Natural antioxidant and anti-inflammatory remedy which makes the skin brighter, by helping it to rejuvenate and gain a better aspect. It acts on the complexion and accentuates the tan. Used constantly it softens the epidermis and counteracts the loss of tone and elasticity. It stimulates blood circulation, thus alleviating the signs of tiredness accumulating especially around the eyes. It regulates the production of sebum by counteracting the appearance of boils and the development of other skin imperfections. Deeply hydrates tissues and revitalizes the skin by protecting it from harmful agents. Slows down and preserves the skin from premature aging due to excessive sun exposure or excessive accumulation of free radicals. Visibly reduces wrinkles and signs of aging, relieving even dark spots. Performs an anti-inflammatory action making it ideal in the treatment of eczema, psoriasis rosacea. It blocks the agent that triggers inflammation and excessive production of the NF-KB protein, activated by various stimulus such as stress, free radicals and ultraviolet rays.

It has important anti-inflammatory properties making it ideal in the treatment of acne and rosacea. Removes redness and inflammation by improving blood circulation. Rich in antioxidants, it counteracts the degenerative action of free radicals believed to be the main responsible for skin aging. Applied in the area around the eyes it makes the capillaries causing dark circles less visible. It counteracts the stagnation of liquids, significantly reducing the swelling due to the annoying bags under the eyes. It protects the skin from damage caused by excessive exposure to UV rays.

It stimulates the epidermal cellular metabolism, promotes the synthesis of collagen, improves the hydration and elasticity of the skin by preventing skin senescence. Normalizes sebaceous secretion by counteracting the appearance of unsightly boils and other skin imperfections. Rich in polyphenols, it performs an important antioxidant action capable of counteracting the harmful effect of free radicals. It reduces the synthesis of melanin by down-regulation of the transcription of the messenger RNA of tyrosinase, thus performing a lightening action on the skin.

Rich in polyphenols, it performs an important stimulating and antioxidant activity. In particular, the tannins exert an anti-aging action on cells, while caffeine stimulates blood circulation by improving tissue oxygenation and the production of collagen and elastin.

Shock therapy: Apply every evening on cleansed and dry skin before the SkinSystem Radiance Perfect Skin Cream / Nutri Age Cream / Ultra Filling Cream or Restoring Night Face Mask for a month. Maintenance: Reduce applications to two / three times a week. In case of daytime application, we recommend the use of a cream with at least SPF 30.

Be the first to review “RADIANCE PERFECT SKIN” Cancel reply